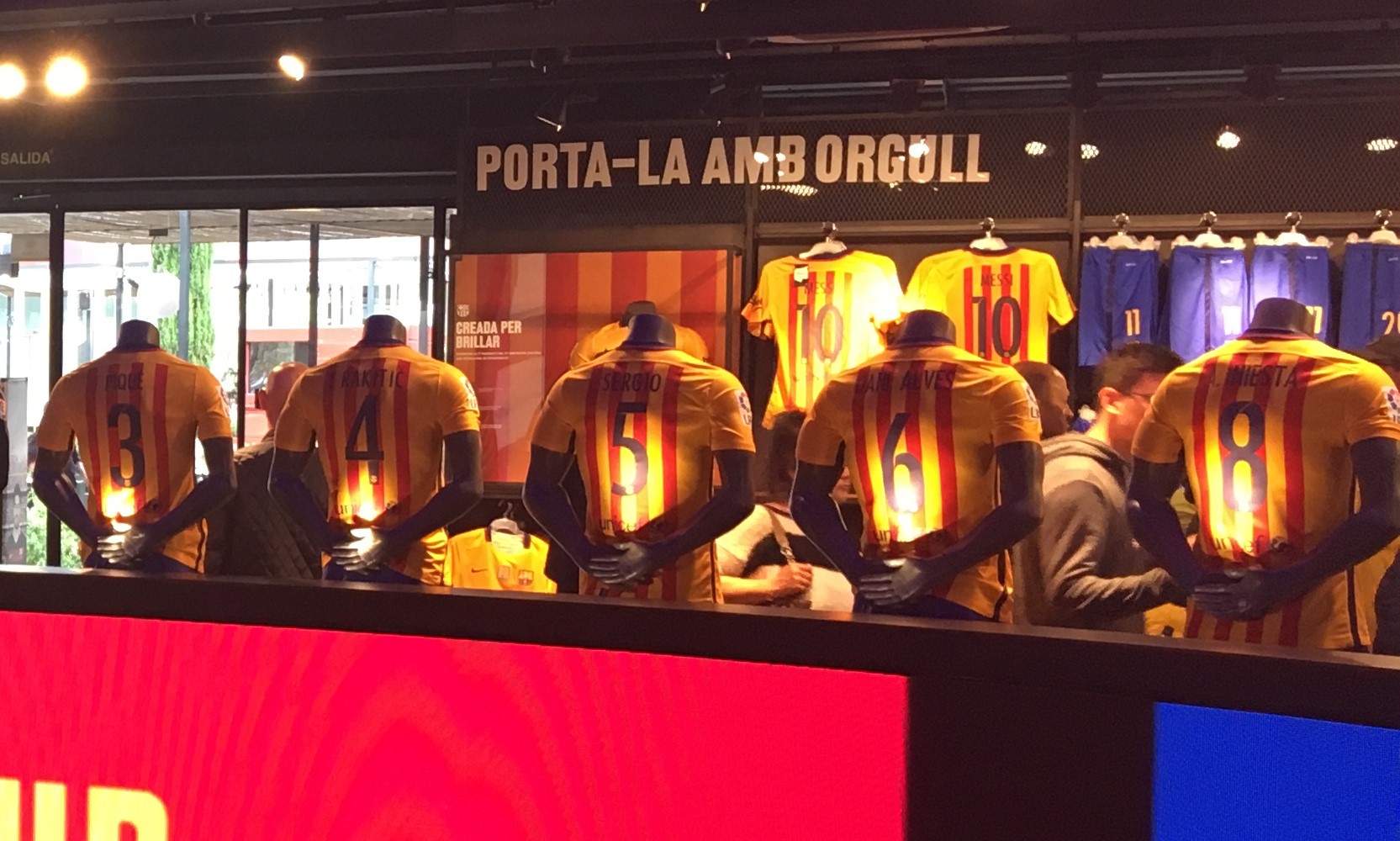 FC Barcelona is breaking all the records, not just in the aspect of sports, but also in every aspect that is related to the catalan club.

The latest of these is the updated sponsoring deal with the American brand Nike. The sporting goods corporation secures the financial stability for FC Barcelona after a time where this aspect was in trouble because of  the situation with some of their current sponsors. The new deal has an income improvement of 2805 with respect to the last deal turning 55 million euros (base and objectives) to 155 million euros yearly.

Nike has their flag with FC Barcelona in soccer market worldwide, with a deal spending more than 28 years with the club. A unique record on soccer market

Nike started their relationship with FC Barcelona in the 90´s as an element for a quick introduction into the Spanish soccer market . The consolidation of UEFA Champions League and La Liga as the world´s reference in soccer has been positive for Nike. Now talking about FC Barcelona is talking about Nike who dominates the world´s soccer market from a privileged position. There are various reasons for this, it´s not just a list of trophies, cups and championships which will exhaust anyone just naming it, the main reason is because FC Barcelona is a money maker for Nike

Following the latest research from www.sportskeeda.com  FC Barcelona sales up to April 2016 show more than 3.637.000 replica jerseys worldwide netting the American brand more than $325,000,000 sales.  This number does not include the apparel, shoes, licenses and other sales netting similar quantity of money for Nike.

A great part of these sales had a proper name. The number 10 of FC Barcelona Lionnel Messi heading the ranking for customized jerseys over the Cristiano Ronaldo replicas according to World Soccer Shop research.

Taking these numbers as a reference, this can be an excellent deal to have one of the highest demanded goods in the soccer world. Beyond the monetary consideration, the tandem Nike / FC Barcelona team has created one of the strongest worldwide brands in Barça and it has and will have a strategic partner in Nike  to bring Barça to any place on the planet where there are an increasing number of fans each day

On the other hand, this deal will condition the relationship between the club and other sponsors meanwhile they will compete with a brand breaking all the records in the club sponsoring plan. This situation is especially important about the main sponsor, FC Barcelona claimed the new deal should be close to the reference of Chevrolet with Manchester United with an annual $90 Million deal.

Beyond the quantities, this sponsoring deal is a lesson in how to develop permanent partnerships searching for a common profit for both parties.